After removing the shells, the bamboo shoots need to be fixed. The diameter of the iron pan for cooking bamboo shoots is about 1 meter, and wooden vats are placed on top. The barrel height is 60 cm, and the barrel diameter is equal to the iron pan, which is commonly known as pan. Bamboo shoots are loaded into pans, and it is advisable to plow them along the barrel walls and bamboo shoots towards the middle. 5 kg of salt is added to the bottom layer. Appropriate amounts of salt are added to the remaining layers. After filling, the salt is capped. The amount of salt used is no more than 3 kg per 100 kg of bamboo shoots. Salt is too salty and too salty, but salt is not fresh. It can be filled with water when the bamboo shoots are ready. The amount of water used is about 30 kg. It can be halved on a rainy day. At this time, it can be ignited and cooked. The first pot needs to be boiled. 6 to 7 hours, but cook 3 to 4 hours after the need to turn the pot, turn the pot with a rayon inserted along the bottom of the pot, and then put the bamboo shoots in a circle, pull the rake bar to force the bamboo shoots to flip, turn from the bottom of the pot to the top Continue cooking. It only takes 4 to 5 hours to cook the second pot, and the amount of salt should also be reduced to prevent the black shoots from drying out. The cooking bamboo shoots require cooking that is neither raw nor rotten.

(2) Baking and drying: After the bamboo shoots are cooked, they should be picked up immediately, placed on the roasting bed by filtered water, baked and dried. The drying tool is the baking house, which is a fire pot with a length of about 4 meters. It is built with bricks and bricks, and the unglazed eyes are baked. There are three eyes and four eyes. Bake temperature should be controlled at 40 ~ 60 Â°C, often turning dry bamboo shoots, let the water evaporate and dry, to bamboo shoots color yellow, the degree of dryness to hand knead bamboo shoots loose, not smooth. Afterwards, the dried bamboo shoots can be stacked in the upper attic and continue to dry.

The dried bamboo shoots that have been picked up are placed on a bamboo mat and kneaded into balls. The roots and shoots are on the outside, and the dried bulbs with four turns and a half round are the best products. The rubbing is usually performed with one hand, and the superb craftsmanship is performed with both hands. The speed is extremely fast, and the skilled person can shoot about 60 kilograms of dried bamboo shoots per person per day. The dried bamboo shoots are baked again on the roasting bed. When baked to 7 to 80% dry, they are placed on a slate, and they are knocked into a flat circle with a large wooden hammer head, and the finished product is finished.

After being dried and graded, it can be packaged. For convenience, it is advisable to use a small package. Packed dried bamboo shoots should be stored in warehouses in a timely manner, and the warehouse should be kept dry and ventilated to avoid renewed mildew.

1 cooking stove: There are usually stove, pot, wash three parts, there are also stove, pot two parts, according to the scale of production, the former one, cooking more, but flipping is not convenient, the latter kind The number of boiled bamboo shoots is small, but it is easy to turn. The general conventional family cooks the latter one. The stove is built with stones and mud, and the height of the table is 60 to 100 cm. The iron pan with a diameter of 90 to 150 cm is used. Large-scale production, the use of large-diameter iron pan, small-scale, then choose a small iron pan. Amoy made of Chinese fir, under the diameter of the wooden pan and iron pot similar to the upper mouth diameter is slightly smaller, high 110 ~ 130 cm, Amoy and iron pot is easy to burn continuously, in the pot edge should be built a small ditch, water injection cooling.

2 Venue: If there is not enough area for raw material storage and raw material processing, the site should be clean and ventilated.

(3) Cleaning: Separate the raw materials for the separation and cleaning in the clean water and rinse the sediment, dust and other impurities.

4 salt cook: Put the clean bamboo shoots into the cooking pot. Place a layer of salt on the bamboo shoots. The salt content is generally 15% to 18% of the bamboo shoot weight. The amount of salt is too much, affecting the taste and Flavor. Salt is too small to store easily and is subject to deterioration. It is best to use firewood to boil and boil without using water. If using coal cakes, briquettes, etc., cook, put a small amount of water, because the heat is not easy to grasp so as not to burn. During cooking, it must be turned up and down. It usually takes 4 to 5 hours to cook, and other bamboo shoots turn yellow. The marinade closes the revolution. When white salting occurs, the pan cools. The key is to pay attention to the heat and time, and use slow fire to cook slowly.

5 Packing: After the sheep's tail shoots out of the pan and cools, it is packaged. Traditionally, it is wrapped in bamboo baskets. Pads are surrounded with rice straw. After the sheep is put into bamboo shoots, it is compacted and then sealed with bamboo shoots. With the development of society, people's living standards have improved, and the requirements for packaging have become higher and higher. Now plastic food bags are used for packaging and bottle packaging.

6 Storage: At home, store sheep tail bamboo shoots in small jars, small-mouth cylinders or bottles, and compact them. Sprinkle special preservatives for sheep tail shoots (short-term storage can also be sprinkled with high-alcohol liquor). Department stores can be stored for more than one year. After the general consumer purchases, it can be stored in the refrigerator. Rinse and rinse with salt water before eating.

(1) Preparation of raw materials: boiled bamboo shoots are soft-packed, generally boiled in water for precooking, large bamboo shoots for 50 to 80 minutes, and small bamboo shoots for 45 to 55 minutes for boiling. Frequently drowning water is rapidly cooled, rinsed with running water for 16 to 24 hours, and the acidity of the rinse water is adjusted to 4.2 to 4.5 using hydrochloric acid or citric acid. After cooling, the center temperature of shoots should be less than 30Â°C.

Saline fresh-keeping shoots should be rinsed for 12 to 24 hours before rinsing until the shoots have no salty taste.

(2) Bagging: This is the most critical link in the production of bamboo shoots. Bagging room should be as clean and sterile as possible. Food pliers, pan scales and containers must be strictly disinfected. The operator wears work clothes and can only enter the bagging room after changing shoes.

(3) Sealing: The boiled bamboo shoots with little juice and fresh bamboo shoots are sealed with a vacuum packing machine. For oil, bamboo shoots, and other varieties with juice, the air is resealed by a physical substitution method, that is, the edge seal is tightened first, and the liquid is filled from the bottom up to the edge, and then sealed with a sealer.

(4) Sterilization: Seal the soft pack bamboo shoots in the mouth and put them into the bamboo basket. Sterilize the bacteria in the sterilization pot at a temperature of 95 to 100Â°C for 70 minutes, and kill bacteria such as E. coli, mold and yeast.

1.Refrigerated and fresh-keeping: bamboo shoots have a short period of time, and the amount of listed products is concentrated, causing certain difficulties in processing and transportation. Using cold storage can effectively extend the preservation period, but the preservation temperature should not be too low. Otherwise, the protein in the bamboo shoots will denature and disintegrate. Can not eat.

Before bamboo shoots are stored in cold storage, the following items must be observed:

First of all, the cold storage should be disinfected. Under normal circumstances, the disinfectants should be selected for low toxicity, such as 2.9% formazan solution, and at the same time, avoid pests and bamboo shoots brought into the cold storage.

Refrigerated bamboo shoots should be selected from bamboo shoots in the high season or later bamboo shoots, which is more meaningful for extending the processing period and regulating the market.

2. Use preservatives - live charcoal and quicklime

In a fresh bamboo shoot of 4 kg in weight, two breathable paper bags containing about 10 grams of activated charcoal or quicklime are placed. This method is commonly used in Japan. 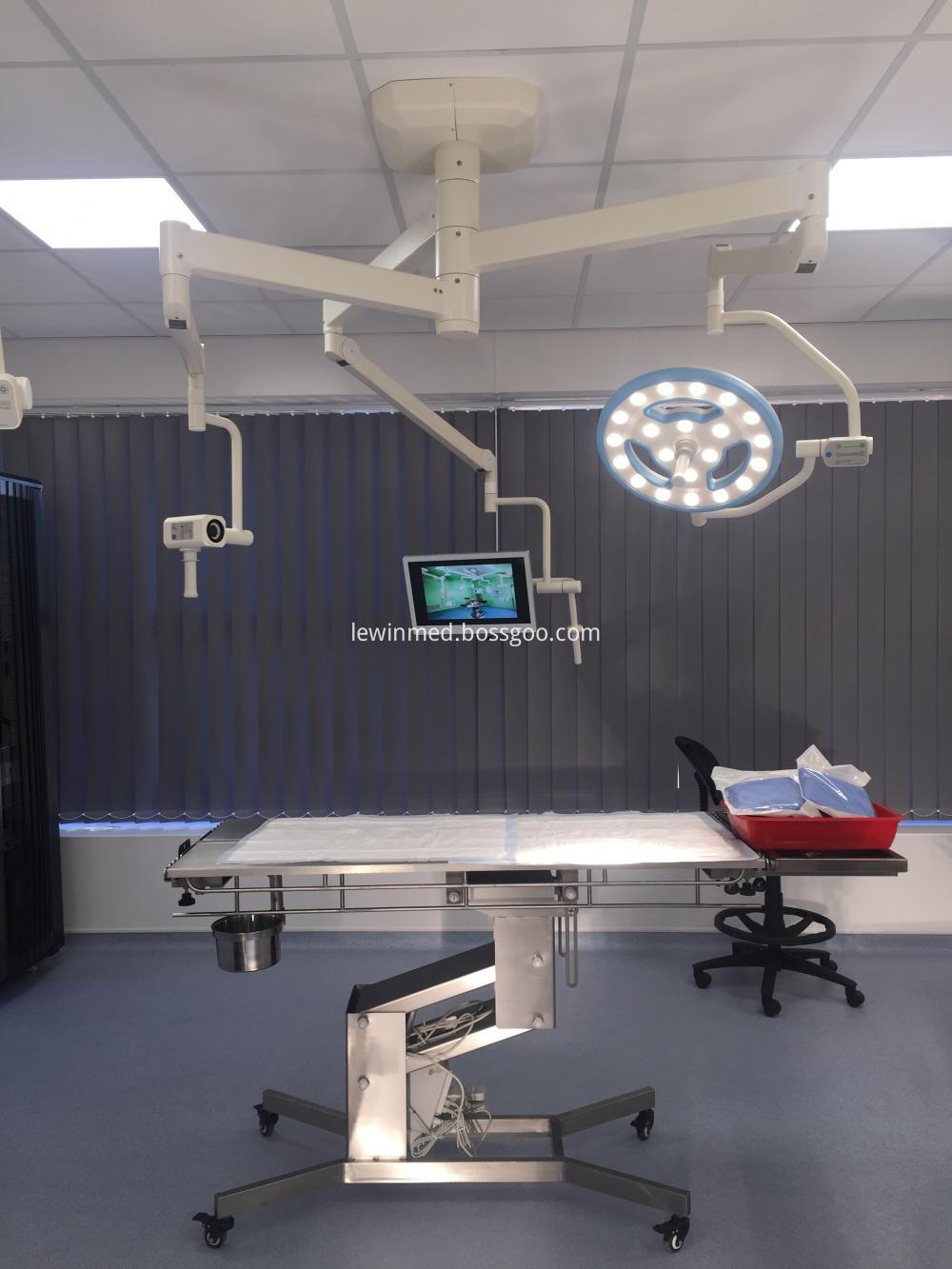